Daemon and Katy
Onyx is the second novel of the Lux Series, written by Jennifer L. Armentrout.

Being connected to Daemon Black sucks...

Thanks to his alien mojo, Daemon’s determined to prove what he feels for me is more than a product of our bizarro connection. So I’ve sworn him off, even though he’s running more hot than cold these days. But we’ve got bigger problems.

Something worse than the Arum has come to town...

The Department of Defense are here. If they ever find out what Daemon can do and that we're linked, I’m a goner. So is he. And there's this new boy in school who’s got a secret of his own. He knows what’s happened to me and he can help, but to do so, I have to lie to Daemon and stay away from him. Like that's possible. Against all common sense, I'm falling for Daemon. Hard.

But then everything changes...

I’ve seen someone who shouldn’t be alive. And I have to tell Daemon, even though I know he’s never going to stop searching until he gets the truth. What happened to his brother? Who betrayed him? And what does the DOD want from them—from me?

No one is who they seem. And not everyone will survive the lies...

Armentrout thickens the plot by bringing in members of the Department of Defense. Aware of the aliens, the D.O.D. works to keep their existence a secret from everyone else, but when they make a surprise visit to their small town Katy fears what they’ll do to her if they learn she knows the truth. Also making an appearance is Blake, a cute new student who befriends Katy immediately with his easy going attitude. Daemon doesn’t trust him right off the bat, but is his hatred stemming from jealously or is there something more to this new guy?

Katy continues to be a strong presence and a narrator we can all relate to on one level or another. Her bond to Daemon doesn’t turn her into a sighing, love struck damsel. Instead, it gives her courage to want to fight so she can protect him as he protects her. Mystery also plays a large part in this book as Katy and Daemon learn more about the D.O.D.’s involvement and what really happened to Dawson, Daemon and Dee’s brother, who they thought was dead.

There are 36 chapters. The story is told from Katy's point of view. 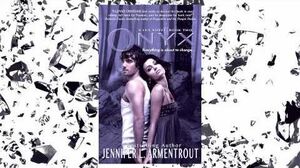 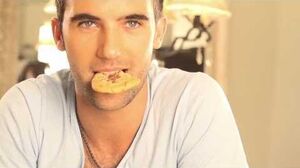 Retrieved from "https://lux-series.fandom.com/wiki/Onyx?oldid=6043"
Community content is available under CC-BY-SA unless otherwise noted.