Katy and Daemon
Obsidian is the first novel of the Lux Series, written by Jennifer L. Armentrout.

When we moved to West Virginia right before my senior year, I'd pretty much resigned myself to thick accents, dodgy internet access, and a whole lot of boring.... until I spotted my hot neighbor, with his looming height and eerie green eyes. Things were looking up.

And then he opened his mouth.

Daemon is infuriating. Arrogant. Stab-worthy. We do not get along. At all. But when a stranger attacks me and Daemon literally freezes time with a wave of his hand, well, something...unexpected happens.

The hot alien living next door marks me.

You heard me. Alien. Turns out Daemon and his sister have a galaxy of enemies wanting to steal their abilities, and Daemon's touch has me lit up like the Vegas Strip. The only way I'm getting out of this alive is by sticking close to Daemon until my alien mojo fades.

If I don't kill him first, that is.

Upon introducing herself to the neighbors, she finds a shirtless Daemon Black, who looks less than amused by Katy's existence. The two immediately get into an argument and Katy retreats to her house.

As Katy is strolling through the grocery store, she runs into Daemon's younger twin sister, Dee, who is extremely excited to meet Katy. She tells her to ignore her brother's ill temper and declares that she's happy to have a new neighbor and potential friend. Though unusual things begin to happen around her, Katy and Dee quickly become good friends as they talk about their backstories and lives while they garden together. Dee acts weirdly around some questions, but Katy tells her about her father, who died from cancer 3 years ago. The two are eventually interrupted by Daemon, who rudely warns Katy not to get close to Dee, saying "She’s not welcome in our house...” and "You don’t need to be friends with someone… someone like her ”. Dee pleads for Daemon to stop being a jerk." 'Daemon, don’t do this,' Dee whispered, her eyes filling with tears. 'Please. I like her.' She fears that Daemon has scared Katy away from being her friend, but Katy promises her that it isn't the case.

The next day, Katy is washing her car, and Daemon appears. Dee has gone out of town to visit family, and she told Daemon to apologise and take Katy swimming. He is forced to comply since she has his car keys. Katy is surprised when Daemon takes her to a lake in a clearing of the woods near her house, and she is frightened when he disappears underwater for too long. Daemon tries to convince her that she didn't see him come up for air, but she knows something is off. On the way back, she is introduced as Dee's friend to Matthew, who brings an air of tension and tells Daemon that he thought Daemon "had this under control" and that he'd "make your sister [Dee] understand".

There are 30 chapters. The story is told from Katy's point of view. 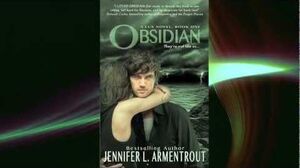 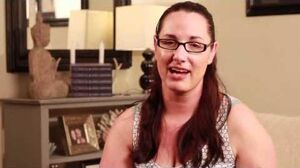 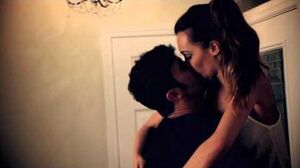 Retrieved from "https://lux-series.fandom.com/wiki/Obsidian?oldid=6045"
Community content is available under CC-BY-SA unless otherwise noted.